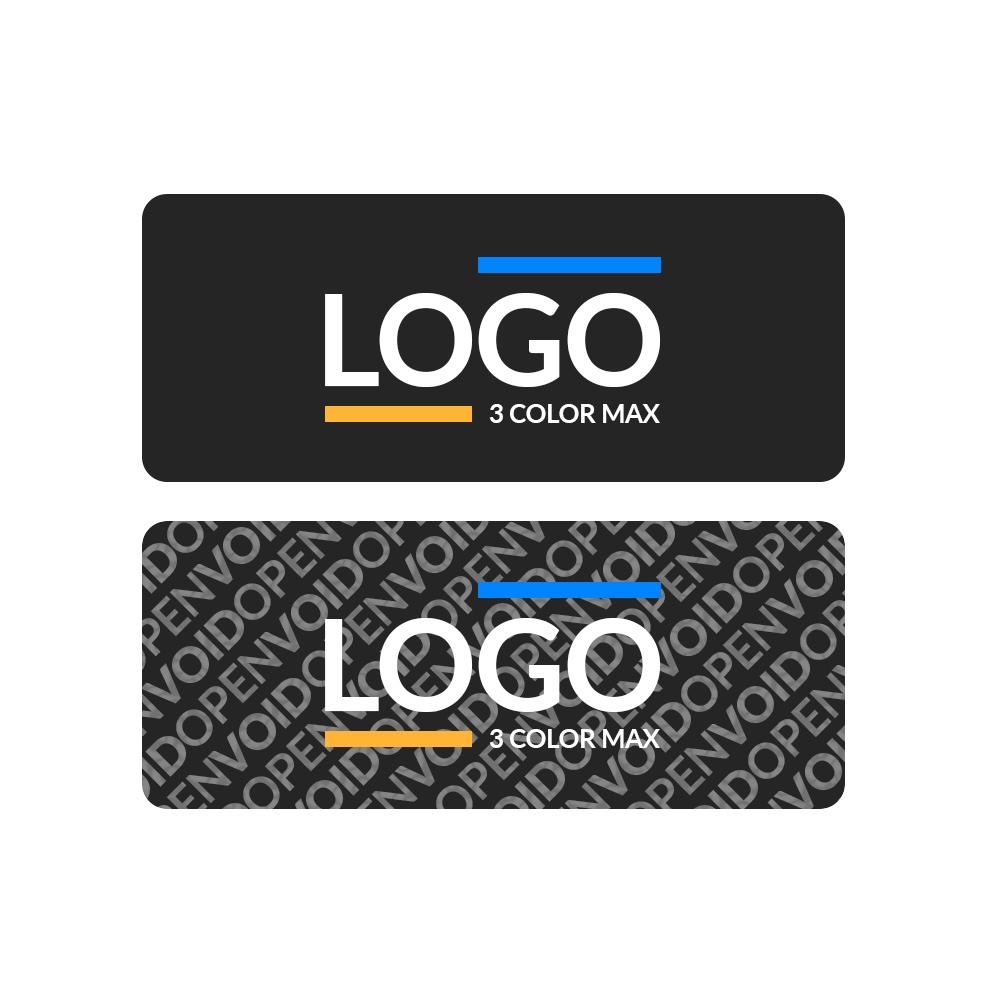 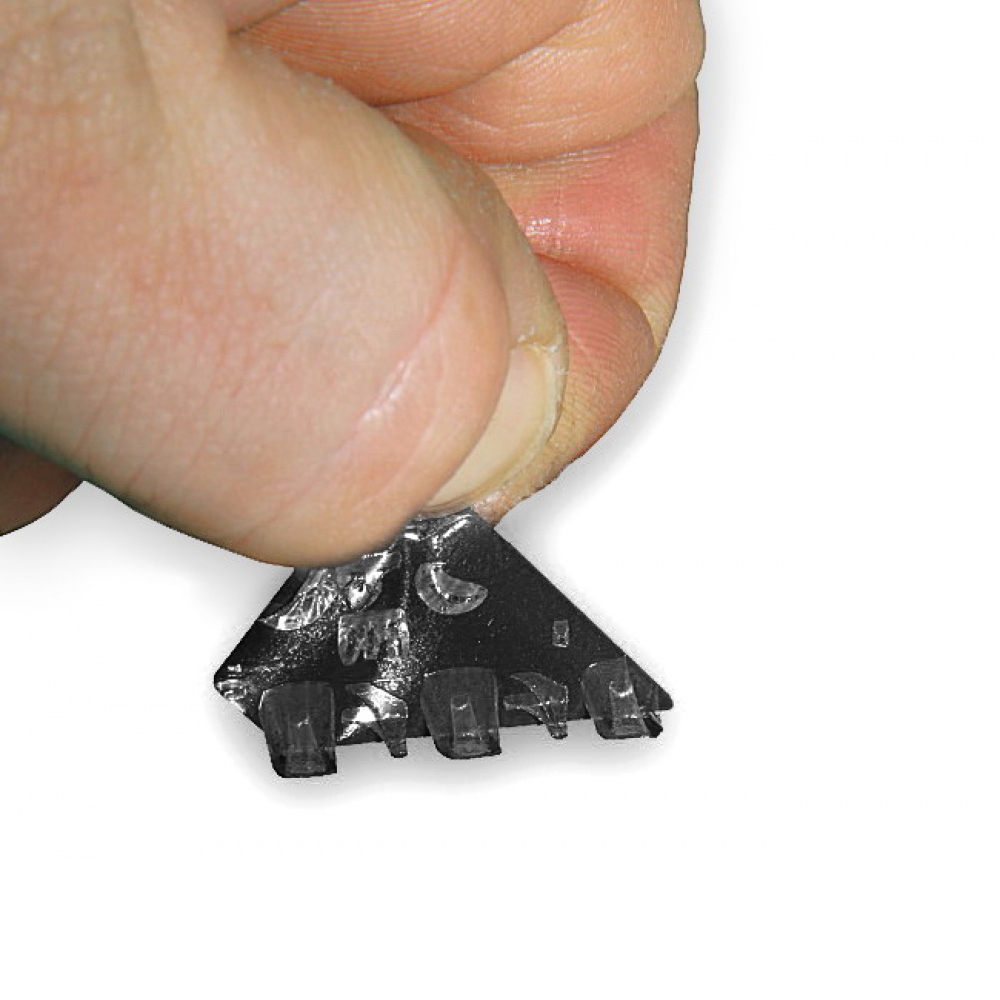 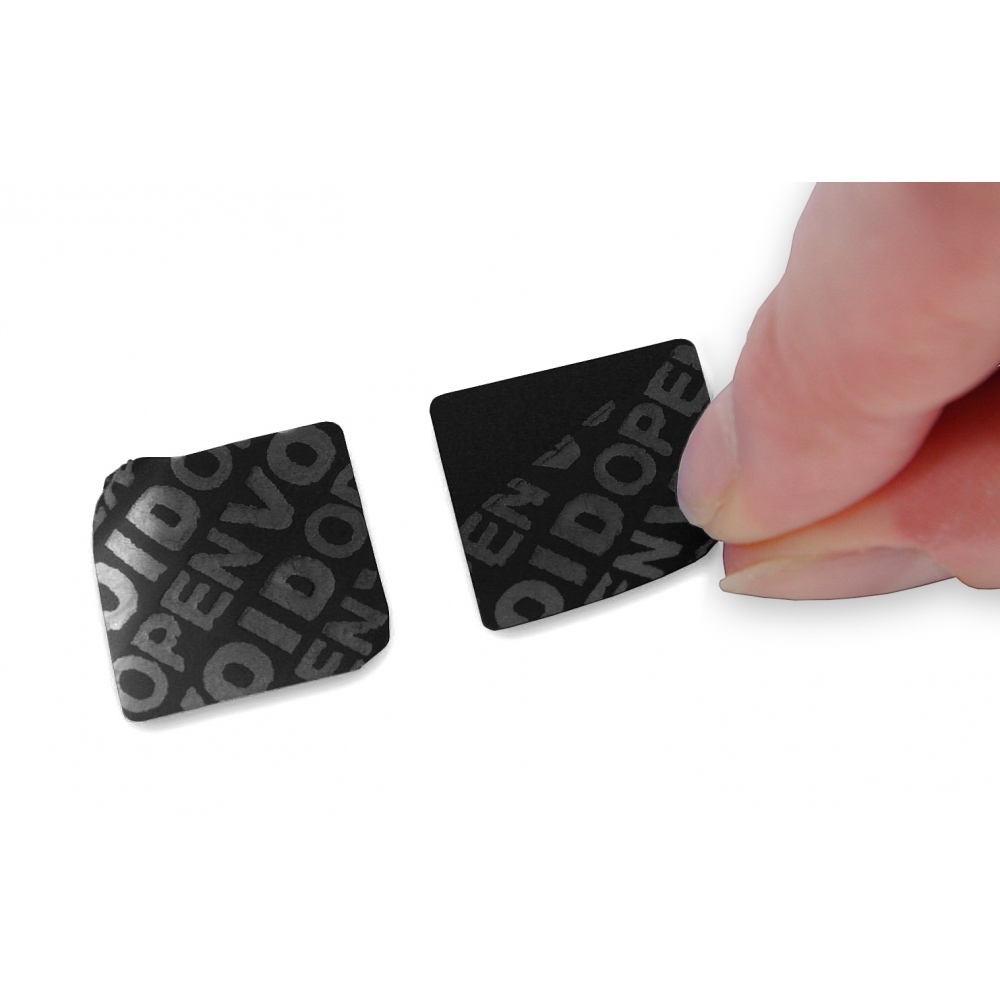 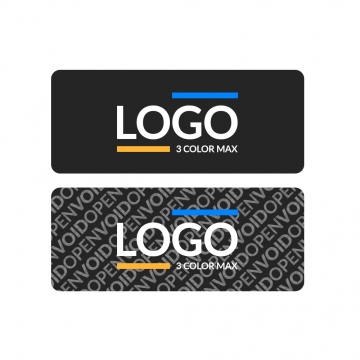 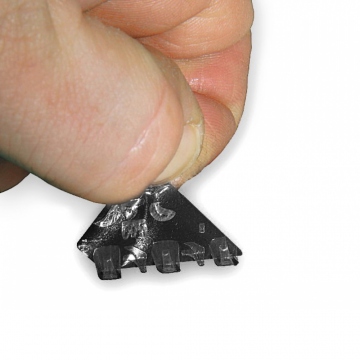 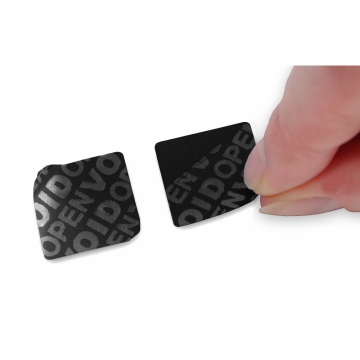 No residue stickers with VOID layer and strong glue are also produced to order. Orders of 20,000+ pieces can be produced in any shape and colour (RAL colour standard). The order may include thermal transfer printing with up to three colours. Please, specify the foil colour in comments. For the RAL colour standard, please consult e.g. www.ralcolor.com.

The special technology of production of the VOID layer on this sticker guarantee no residues remain on the base after the sticker is peeled off and high adhesion to problematic not-entirely-smooth surfaces. Unlike other VOID stickers, this sticker does not divide into the part that remains stuck to the base after the peel-off and the top foil part bearing the graphic design. Despite its high adhesion capacity for all types of surface, no residual glue remains on the surface after the sticker is removed. In terms of cohesion, the glue is similar to rubber which, among other features, allows placing the stickers on complicated surfaces where hologram stickers would peel off easily and the VOID layer would not show up.
Primarily, the sticker is supposed to be placed on the areas securing an item such as a box where the sticker must be removed to open the box. After the sticker is removed, "VOID" and "OPEN" texts show up and it’s evident at first sight that the package has been opened. Unlike the hologram VOID stickers, the seal keeps its adhesive quality even when peeled-off which is a great advantage.